Netflix’s dark comedy, Dead to Me

Described by Netflix as, "A hotheaded widow searching for the hit-and-run driver who mowed down her husband befriends an eccentric optimist who isn't quite what she seems."

by Nix Havinga
in Series 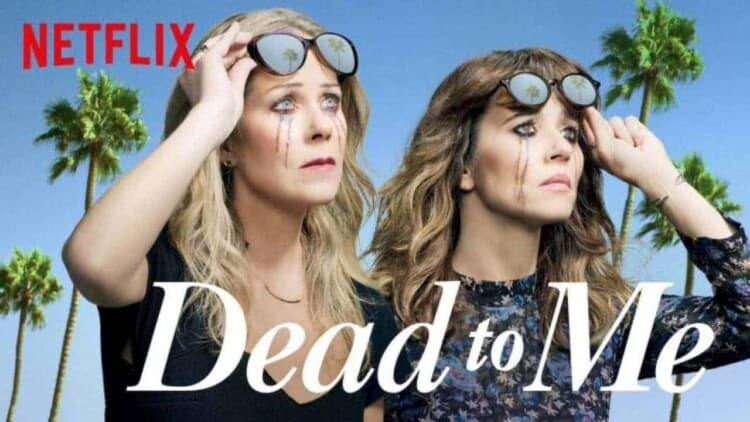 This weekend I lay in bed looking for a new series to watch. After scrolling and scrolling, I thought why the hell not, everything else seemed equally horrible so I put on Dead to Me. I’d seen the trailer a few times but it never really hooked me. (Though a huge fan of Christina Applegate I just didn’t think it was going to be my cup of tea.)

However, with nothing else on, the episode started and I casually started watching. Episode after episode I became more enthralled by the story. The storyline of an unfortunate hit and run scenario, whereby the victim’s wife and the driver of the hit and run meet unexpectedly and unplanned at a grief support group. It is here where the driver pieces together the association between them. Riddled with grief the driver, Judy decides to buddy up with the widowed wife, Jen (played by Christina Applegate) in the hopes that she can somehow make it up to her.

The story seems to take on infinite plot twists with each bombshell building a deeper investment in the show as well as emotions ranging from shock, sympathy, terror and at times just outbursts of oh crap! Season 1 and 2 binge-watched in a single weekend had me laughing, in suspense and eventually crying. The bitter irony of the last episode of the second season was simply unexpected, yet somehow a little bit of feeling like you should have seen that coming.

All I can say is that I loved it. I loved Christina Applegate’s raw and unapologetic character and portrayal thereof, and I felt that I could relate to her 100%. Seeing the credits roll up I can’t say that I was too surprised to see Will Ferrel’s name come up as one of the executive producers of the show. He is after-all some kind of pure genius.

I really expected this to be another blasé series, however, the truth is far from it. It was marvellous and the exact escape I was looking for. Here is hoping that there will be a season 3 and that it will be done as well as the first two seasons.

Watch the trailer to season 1 here:

Do you have any entertainment news you would like to contribute to our blog? Go to the Write for Us section to learn more!

Lonely while travelling solo? Here’s what to do