Is it Rude to Decline Food?

To decline an offering of food is traditionally considered rude, but what if the alternative is harmful to the receiver.

by Dominique Myburgh
in Food 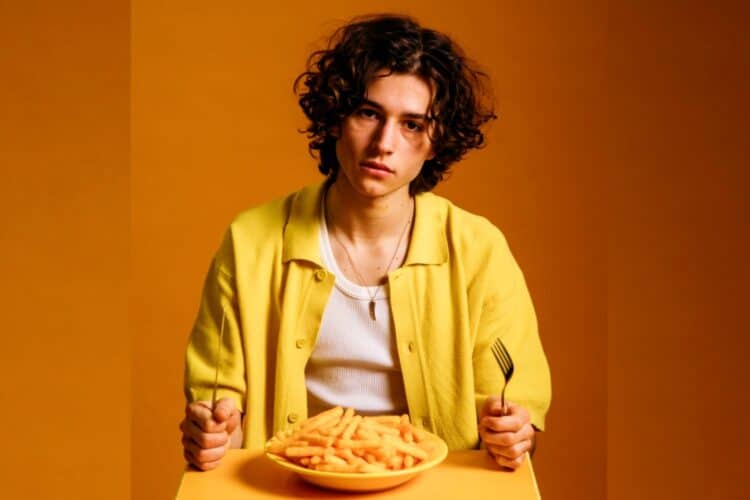 Is it Rude to Decline Food. Photo by Koolshooters on Pexels

We live in a world full of new demands that have to work their way around long-standing traditions. And as much as I love tradition, we have to be able to adapt to current norms. Such as the ever-increasing food-related issues that harry the current generations. So sure, it may have been interpreted as rude to decline tea and a biscuit when visiting someone 100 years ago. But is it fair to consider it rude when that biscuit could cause harm to the receiver?

I lived in Spain for a few years and there were a couple of cultural differences that I found fascinating. The Spanish people seem to be less concerned about certain honest opinions. Like the time I dyed my hair black and my friends (and their parents) did not, even for a second, hesitate to tell me that I looked “so much prettier” blonde. Yet they would state it in such a matter-of-fact way and with such a warm smile on their faces that I could hardly take offense.

However, when it comes to food, my goodness was I force-fed! Eventually, I just felt rude any time I wanted to decline an offering of food. One of many such memories I have is the first morning that I turned down (or tried to turn down) a breakfast donut from Pablo, the college bus driver. The look of disappointment on his face that morning resulted in me eating many 6 am sugar-coated donuts during that year.

Food as a Peace Offering

It appears that food has become, in some ways, a form of peace offering or a show of affection. And any decline of this food offering may be seen as rude. Usually, when you have guests you put out food and they accept some of it. Or if you visit the aunties of the family the first thing they want to do is feed you.

It is such a long-standing indoctrination, practiced across many cultures. And will take a lot of self-control and reassuring of others to break the link. I like to think of it as evolution. Food was gifted before, maybe because it was much harder to come by for a lot of people. In the past, that food offering would also most likely have been homemade or whole foods produced in that area. Now we have access to grocery stores 24/7 and don’t have time for home-cooked anything. So we end up feeding our guests and ourselves processed foods. And then feel iffy if anyone declines.

I have gone through some severe dietary changes in the past caused by intolerances. From sugar to dairy, gluten, and pretty much anything with non-transparent ingredients. As a result, I have been forced to risk coming across as rude and decline many offerings of food.

Before having the “legitimate excuse” of intolerance I would try to express that my body simply didn’t want to eat that thing at that moment. But it’s almost as though the giver didn’t believe me, so often I would just give up and eat. Because I can assure you, even though it sounds simple and easy on paper, when faced with the disappointment of the giver it all becomes a lot harder. (As a quick side note, my intolerances developed because of unhealthy eating and lifestyle. But thanks to the wonders of the human body, they are repairable. However, I won’t be going back to bad eating now that my taste buds have adapted for the better).

Having said this, I am also a natural feeder and I love playing hostess. So as much as I have found myself wishing people would not offer me food, I would do the same thing to others! It took me a long time to get out of the habit of coercing my visitors into eating more. But I eventually realised that I don’t have to give up spoiling my guests. I just had to change what I give or how I give it. For example, the little chocolate that I used to leave on the pillow is now replaced with some flowers with a little message, maybe an inspirational quote, or even a great recipe (like a healthy chocolate mousse!). I’m not sure how happy my guests are with the change but I know their digestive systems will thank me for it!

Admittedly, I still find myself gifting food-related items, but I try only to give things that will have a positive effect on the receivers’ system, like a little basket of organic vegetables or free-range eggs. I try to offer something that they can take away and enjoy in their own time. When their bodies want it. Not when I have decided they should have it.

10 Key Pieces for Your Spring Wardrobe