A tale of a casual fling nightmare

What should have ended hours before resulted in a nightmare ordeal months later. Awareness comes at a price, make sure you learn from this tale.

by Anonymous Confessions
in Love, My Sex(y) Secrets 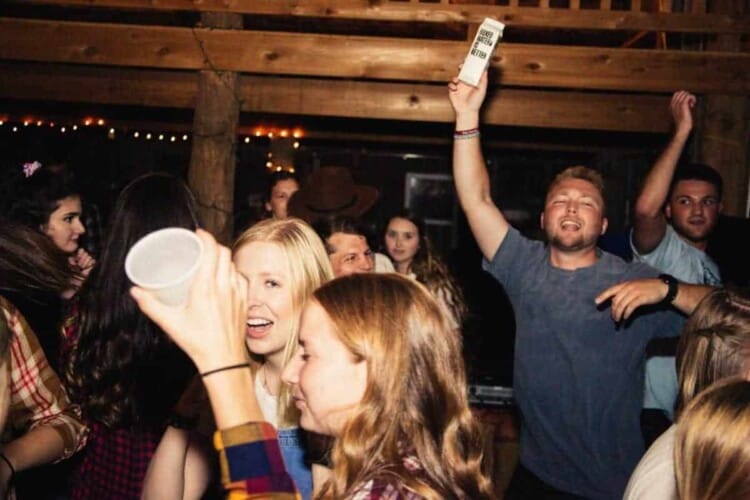 Have you ever sat and wondered about what would’ve and what could’ve been if certain choices you made in life were different? Well, as much as we all wish we could go back in time and change those mistakes, it is better to learn from them. Especially when it comes to romance and the slippery slopes of casual flings.

A few years ago, I was in an uncertain place in my life. I was a single lady wanting to have fun and enjoy life to the fullest, but I was also testing the waters for a possible relationship.

On a lovely summers’ day, a group of friends decided to have lunch at a wine farm. It was an exquisite day and we were having a feast as we sat eating, day drinking and enjoying each others company. Eventually, some people decided to go home whilst the rest of us decided to simply take the party elsewhere.

We drove back to town, had more drinks at a friends place which led to a bar where we met up with a few more friends. When we arrived I was already way past tipsy but continued drinking. With every shooter I was there, joining in!

It was all fun and games until I blacked out. It’s times like these that I wonder what if I had stopped drinking or what if I had just gone home instead. Unfortunately, this was not the case.

I woke up, very confused as I was no longer at the bar and to my utter horror, I was somewhere I didn’t know. Devastated and extremely dazed I tried to put the pieces from the previous night together, as I had no idea how I got here or what was going on.

I saw that there was a guy lying next to me so I started by asking his name and wanted to know what happened and how I ended up in his bed. He told me that I was dancing at the bar and making all the come hither moves when we ended up going home together in a taxi. (This is probably around the time you are wondering if there was some form of abuse, but there was not and I was safe and unharmed.)

He said that he was originally from another country and moved to Cape Town for his girlfriend, which turned out to be quite sad as she left him not long after they moved. After giving up everything and moving to a new foreign country he decided to make the best of it and start studying in South Africa. With such heartbreak, he decided to get out that night and drink to forget about it all and this is seemingly how we met.

Not long after this incident we were texting back and forth and realised that as two single people we were entitled to have some fun, after all, we had already been intimate. We did, however, make one rule and that was that if anyone were to develop feelings we’d fess up.

It was all fun and games with a casual afternoon here and a spontaneous night there until a chance encounter with his ex one day when we were out for lunch. I could see from his reaction of greeting her all of the emotions had risen to the surface, we quickly got the bill and left. That was the last time I saw him.

We continued texting after this, until one afternoon when I received a call from him to say that he had gone for some tests and that the results had come back positive for an STI. I was grateful that it wasn’t an STD but I was shocked. These things never really have an impact on your life until it happens to you. What a nightmare. I turned to my colleague for advice and she agreed that the best thing to do would be to go and get tested myself.

What felt like the longest wait time, it was finally Tuesday the day I received my test results. It was negative.

I informed him and we never spoke again.

Somehow I have always wondered whether or not the STI was real and whether he just didn’t know how to end things, but either way, I have made peace with not knowing. I also feel that the lesson I learned was far more valuable and that the outcome could have been far worse.

Some of the best things that I have learnt is:

Thanks for letting me share my story in a way that has hopefully made you rethink your party nights, nonsensical drinking or casual sex. STI’s and STD’s are real and it could happen to you.

Do you have some thoughts you would like to contribute to our blog? Go to the Write for Us section to learn more!

Your Horoscopes, Lucky Numbers and ASTROLOGY for today, Friday 2 April 2021

Struggling with the perfect Tinder profile?