by Bianca Bassi
in Movies 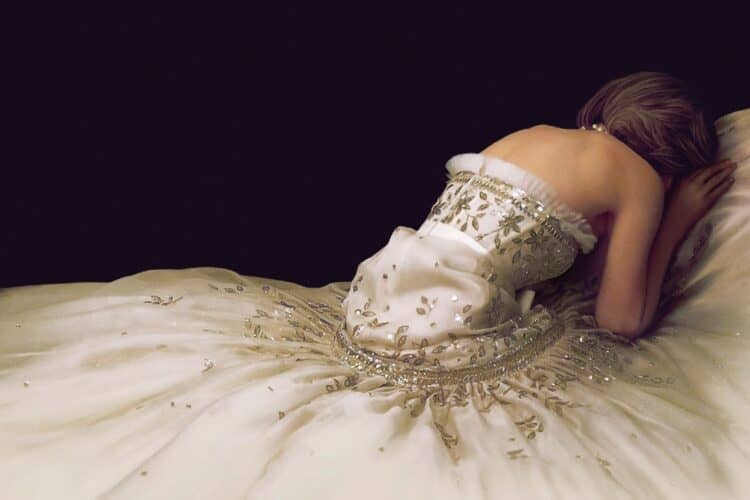 Kristen Stewart has made her debut as Diana Spencer in the long-awaited first trailer for Spencer. Since the actress is mostly known for the role of Bella in the Twilight Saga and Sabina in Charlie’s Angels, audiences are keen to view her in a different style film.

The Official Trailer for Spencer

After Neon, one of the companies behind the movie, revealed the first poster for Spencer, fans were eagerly awaiting the release of the first trailer. One of the many reasons why fans were so eager to view the trailer, is because everyone wanted to hear Stewart’s take on Princess Diana’s British accent. However, once the trailer was released, not much was revealed regarding her accent. The actress only says two words at the end of the clip.

“They know everything,” Sally Hawkins, who appears to be a confidant to the Princess of Wales, tells Diana. She responds: “They don’t.”

The biographical drama, directed by Pablo Larrain, is set in 1991. It takes place over the Christmas holiday as Princess Diana struggles with her marriage to Prince Charles (Jack Farthing).

Despite the minimal dialogue of the teaser, it still captivates the audience with an insight into life at the Queen’s Sandringham Estate. In the footage, lavish meals and beautiful attire is seen. Moreover, we see Diana becoming increasingly emotional as she struggles to come to terms with the paparazzi and affair rumours. It is said that the movie is not based on fact, but rather on the interpretation of what might have happened during those times.

Will This Be Kristen Stewart’s Big Moment?

As Oscar nomination rumours are already going around, fans are definitely excited for the release of the film. Film connoisseur Scott Menzel tweeted the following: “Based on the footage, it looks like Kristen Stewart will be getting an Oscar nomination for her performance as Diana. I’m feeling very confident that this is going to be #KristenStewart’s big moment”.

“Spencer” is set to debut in September at the Venice Film Festival. Thereafter, it is set to be released to theatres worldwide on the 5th of November, 2021.

The Importance of Ergonomics When Working From Home

Your Horoscopes, Lucky Numbers and ASTROLOGY for today, Saturday 28 August 2021

Your Horoscopes, Lucky Numbers and ASTROLOGY for today, Saturday 16 October 2021

Your Horoscopes, Lucky Numbers and ASTROLOGY for today, Friday 15 October 2021