Healthy Eating can be Affordable

Affordable healthy eating is possible. A whole new world opens up once we change the way we think about our relationship with food.

by Dominique Myburgh
in Food 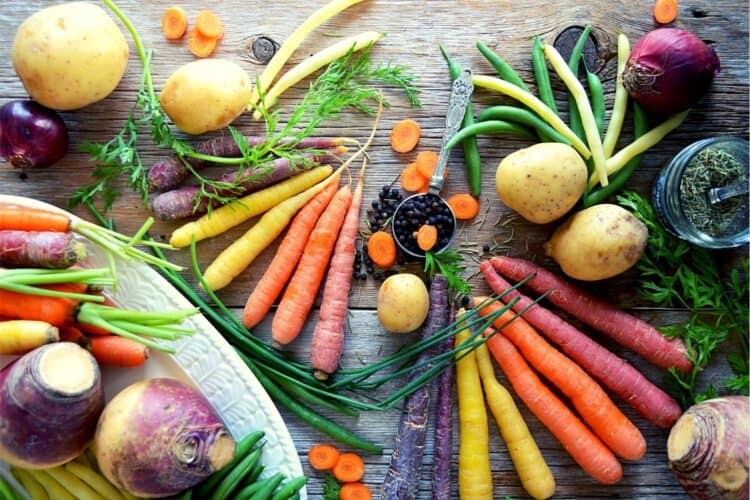 Healthy Eating can be Affordable. Photo by: Nadine Primeau on Unsplash.

One of the greatest concerns for people trying to eat healthy is affordability. It stopped me from purchasing good foods for many years until my body demanded it. Now, having done the change over to “no-nonsense” eating, I find it is actually pretty much the same in costs, if not more affordable.

To make eating healthy more affordable, I had to change the way I looked at food. I stopped trying to make healthy versions of unhealthy foods and rather replaced them with something totally different. For example, instead of trying to get my hands on gluten-free pasta (which can cost an arm and a leg), I started experimenting with cabbage (which is generally dirt cheap). And don’t despair when you see the word cabbage! To start with, I ate cabbage wishing it was pasta, but very soon my taste buds adapted and now, I don’t even like pasta! If you look at it another way, it can be quite fun to experiment with your tastes. You won’t believe what a carrot tastes like once you have been off sweet flavours for even just a week!

And besides, you really only enjoy the “bad foods” out of habit.

Don’t let your mind find excuses for you to keep eating nutritionless food that feeds bad gut bacteria. When I believed that healthy eating was not affordable it was because I had been failing to look at the bigger picture. For example, one avo, out of season could cost half a fortune. But an entire loaf of bread, any time of the year, costs barely anything. And this was all my brain remembered (I’m sure my bad gut bacteria assisted with this selective memory).

Take a step back and you realise that actually in-season avos are extra delicious, easily available and are half the price of a candy bar (how much you would have spent in a month on “treats” like chocolate or take away coffee). I make an amazing dairy-free chocolate mousse at home with avos and it costs me less than a shop-bought dessert. It is one of my favourite things to eat and my body is happy about it every time. BUT when avo season comes to an end, I don’t make it anymore.

Overall, a Healthy diet is as Affordable

It sucked having to wait months for chocolate mousse, but I could never bring myself to spend that much on an avo, even when the cravings hit hard. So I did what any human being would naturally do, I found a replacement addiction. One that’s the main ingredient was in season at a different time of year to avocado. Then with a little research and climbing out of my habitual eating bubble I found a surplus of foods that are affordable, naturally delicious, full of nutrition, and provided by nature at conveniently different times of the year. Affordable healthy eating didn’t just become possible, it became easy.

So on one hand, you should not be eating food out of its season, regardless of the price. Because they most likely would have been exposed to ripening agents, allowing them to be available all year round. And on the other hand, the loaf of bread is just going to make you hungry again sooner and, while giving you a feeling of fullness, does not actually sustain your body.

You Will Eat Less

Bringing me to another important factor. When I started eating nutritious “no-nonsense” foods, I found that I didn’t get hungry nearly as often as before. Low nutrition foods, like bread, will make you feel full but it won’t be long before your body asks for more. And most of the time these requests become more demanding than your normal, natural feeling of hunger would be.

I went from eating a bowl of cereal in the morning, followed by fruit and yogurt. Then by 10 am I would have had a sandwich and between 11 -12 am I would treat myself to a pastry or candy bar with coffee (don’t judge me, I am being honest here!). Despite all of this, my tummy would be screaming for lunch by the time 1 o’clock arrived.

All these little snacks were affordable and didn’t actually look like that much food when served. But now I eat 2 free-range eggs in the morning and I am sustained until 1 pm. So sure, free-range eggs are pricey, but compare that to the sum of all the food I would have eaten.

And that’s just the short-term cost benefits of eating healthy. There are many ailments in our bodies caused by bad eating that you may not need to pay for anymore. Headache tablets, heartburn remedies, blood pressure medication.

I was wrong to have based my decision on something as simple as the price in front of me on the shelf because I would never have realised the full benefits of eating healthy until I actually did it.

Opening up about childhood molestation