I dated a jerk

We’ve all dated some pretty crappy guys and we’ve all done some pretty stupid things, but I believe this story takes the cake.

by Anonymous Confessions
in Love 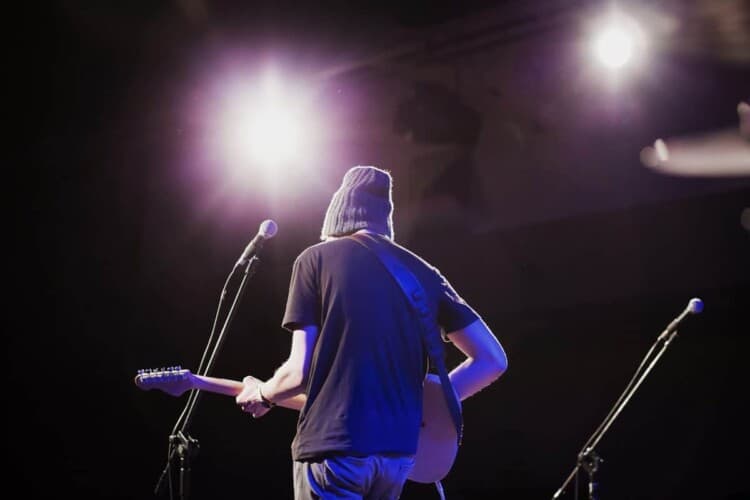 I am not proud of this story, but I feel I have to get it off my chest. I dated a jerk.

We’ve all dated some pretty crappy guys and we’ve all done some pretty stupid things, but I believe this story takes the cake.

I used to date this guy back in my late teens. (I shudder when I think about it now.) I should have known (I probably did) from the first moment I met him that he was a jerk. However, he was in a band and I couldn’t help myself. I thought he was so cool.

In hindsight, I don’t think he was ever that interested in me and I’m not really sure how we ever ended up dating. I was just too happy that I was in his presence. There were so many red flags but I chose to ignore them.

Our time together mostly consisted of him being drunk and telling me how all his ex-girlfriends were crazy. He always talked about himself and his band and I was just all too excited to be there with him. (It sounds really sad, right? It gets worse.)

One day he took me out for pizza. We didn’t talk much, but I was kind of used to crappy dates by then. Ten minutes after dropping me off, he texted me and broke up with me. The message read something like: It’s time we break up. If the message had just stopped there it would have been kind of okay, but the message did not end there… In the same message, he asked if he could swing by again and collect half of the money for the pizza we just had because he didn’t think it was fair if he paid for everything since we’re not dating anymore! Yup. This is probably where I should have realised that I had dated a jerk

I was so embarrassed by the whole situation that I never told anyone about it. I just kind of pretended that we were never really in a relationship and that we just stopped hanging out.

I saw him a few times afterwards at gigs and pretended like it never happened. I still cringe when I think about it now.

So there you go. I was once a naive girl and I dated a jerk. I’m trying real hard to be amused by the situation but in all honestly, I still judge myself a little bit for allowing it to happen to me. If this sounds similar to your own experiences, try reading our article on a woman who realised that she never loved her husband here.

Your Horoscopes, Lucky Numbers and ASTROLOGY for today, Tuesday 6 April 2021

8 Mindfulness Quotes to Brighten Your Day

Your Horoscopes, Lucky Numbers and ASTROLOGY for today, Thursday 27 January 2022