by Astrid Wild
in Travel 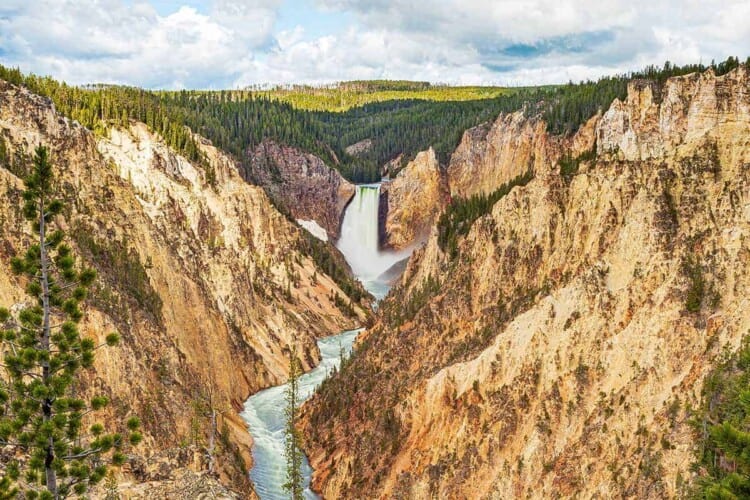 It was an early spring morning with the ground still frozen hard. I stretched my sore limbs next to the car where my travel companions were still fast asleep. We had arrived late the previous night.

Yellowstone National Park had been on my bucket list since the first time I saw Old Faithful erupting in a movie. I didn’t know what a geyser was and my young mind assumed it was a computer-generated special effect. I only learned later that it was quite real, along with bubbling springs, rainbow-coloured pools and other geothermal features.

Fun fact: Yellowstone is situated on top of a giant supervolcano, called the Yellowstone Caldera. All the geothermal features are a result of the ongoing volcanic activity deep underground.

We drove through the park and saw plenty of bison with their woolly coats dripping in morning dew. We passed terraced hot springs with layers of orange and white deposits and places where steam escaped straight from the ground.

In this surreal landscape, ponds were bubbling and springs were steaming, but at the same time a lake we passed was still frozen over from the winter.

Old Faithful is the parks most famous geyser and erupts plus-minus every 70 minutes shooting anything from 14,000-30,000 litres of boiling water an average 40m high up in the air.

We huddled together in thick jackets and raincoats watching it explode. There are plenty of other geysers in the same area and we went around waiting for each of them to erupt.

We went to another area of the park, where a number of boiling pools lay scattered. The largest among them was the Grand Prismatic Spring, famous for its rainbow spectrum of colours

Its colours arrises from microbes, thriving in the heat and mineral-rich water, forming vivid layers around the edges.

The first time I saw a photo of it was on the cover a National Geographic Magazine. Again it was something I couldn’t quite imagine being real until I was literally walking around it.

Beyond the geothermal features

Apart from the parks geothermal features, it also hosts a vast array of wildlife and scenic beauty ranging from open planes with snow-capped mountains to the Yellowstone waterfall and its canyon. There are many things to explore and by the end of our first afternoon, we had already seen bison, elk and a mama black bear with her two babies.

It was my first time seeing elk (and bison and bears for that matter) and I felt like an excited kid. Not even the fact that the elk had dropped their antlers could break my spirit. However, they did look slightly awkward and not nearly as majestic as I had imagined them to be.

After an adventure-filled day, we headed back with the sun now already hanging low in the sky. Driving through an open plane, we saw a lone black wolf running in the near distance. It stopped a moment, looked at us and disappeared into the dusk leaving us in awe.

Do you have any travel stories you would like to contribute to our blog? Go to the Write for Us section to learn more!